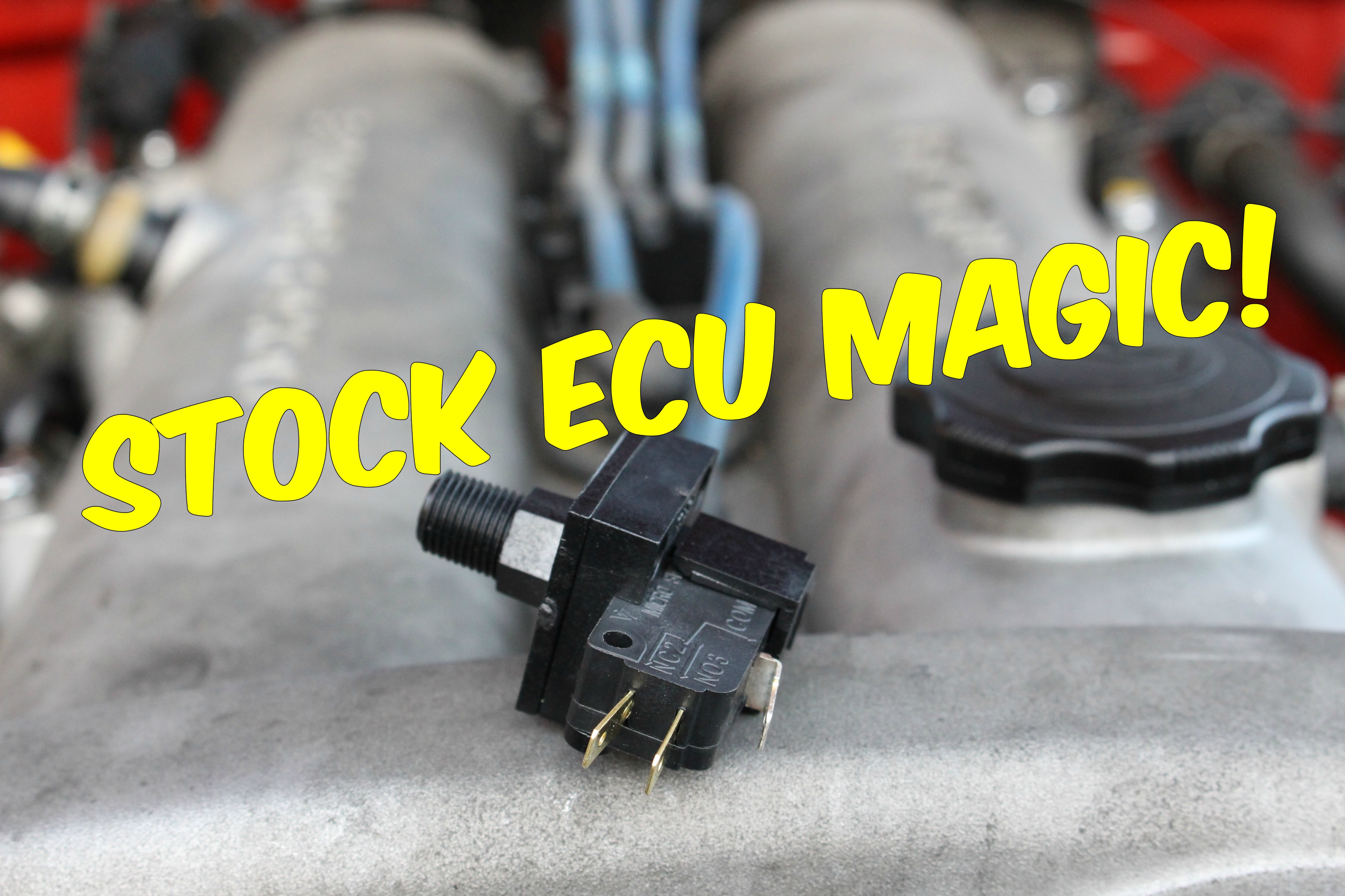 I’ll be honest, this was an experiment. There are much more expensive “O2 Clamps” available that have fancy inner workings and probable work better than my idea. However, this actually seems to work pretty well, and I’ve had two reports from people adding this to their boosted/stock-ecu cars and they say it actually helped with the boost transition.

-I learned later that it’s much better to hook the vacuum line for the modifier up to the intake manifold. When it was hooked up to the intercooler piping, the car would constantly run really rich while cruising. The reason for this is when you’re cruising, even though there is vacuum in the intake manifold, there might be slight positive pressure inside of the intercooler piping. We don’t really need the car to come out of closed loop until the manifold sees positive pressure.

-This modification has nothing to do with adding fuel in boost. It’s simply to help with a smooth transition between vacuum and boost, since the stock ECU is not programmed to change fueling when that happens. (It doesn’t really even know when the boost comes on.)